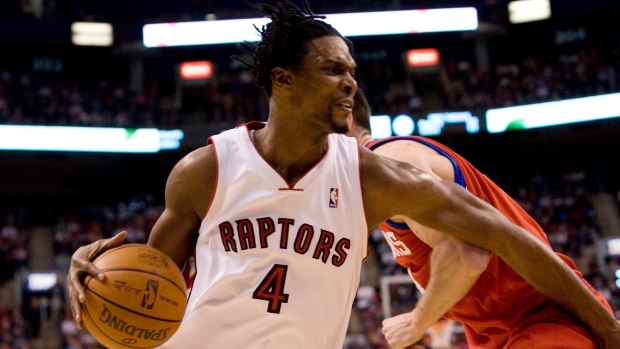 The 2021 NBA Draft is finally at hand and if it seems later in the summer than normal, it's because it is.

No, it's not as late in the year as last November's 2020 NBA Draft, but it's the first July draft since 1947, which happened to be the very first draft.

A majority of eyes in Canada will be focused on the Toronto Raptors and their pick at No. 4. It's the highest slot the Raptors have drafted at since 2006. That year, the Raptors had the first overall selection and took Andrea Bargnani, whose tenure with the team was, uh, memorable.

The Raptors have drafted at No. 4 twice before and things worked out pretty well both times. In the first instance, the player selected never played for the Raptors, but a draft day trade landed the Dinos their first ever franchise player. With the fourth pick of the 1998 NBA Draft, the Raptors took North Carolina forward Antawn Jamison. The team immediately flipped him to the Golden State Warriors for his Tar Heels teammate taken at No. 5, swingman Vince Carter.

Five years later, the Raptors would again draft at No. 4, but Carter, now the face of the franchise, was hoping for the pick to be moved for a player who could help the Raptors immediately. Then general manager Glen Grunwald did field calls for the pick with the likes of Dallas Mavericks forward Raef LaFrentz and Memphis Grizzlies big man Stromile Swift considered possible targets. There was also talk of a larger trade with the New York Knicks that would have seen Latrell Sprewell come to to Toronto as part of it. Instead, the Raptors stood pat and used the pick on a lanky kid from Dallas out of Georgia Tech named Chris Bosh.

Other notable No. 4 selections during the Raptors' 27 years of existence include Aaron Gordon (2014), Russell Westbrook (2008), Mike Conley (2007), Chris Paul (2005) and Stephon Marbury (1996). While there are few star players taken at that slot past those already mentioned, the No. 4 pick almost always produces a serviceable NBA talent.

As for the first overall selection on Thursday night, it belongs to the Detroit Pistons. Reports have surfaced over the past several days that the team has yet to decide on their choice at No. 1, signs still point to Oklahoma State point guard Cade Cunningham being the first person whose name is called by Adam Silver in Brooklyn. Since 2010, every first overall pick has been a freshman and Cunningham would again fit that bill. The last non-freshman to be taken with the top pick was Oklahoma sophomore Blake Griffin in 2009.

Another interesting quirk about the first overall pick is that since the advent of the draft lottery in 1985, only four first overall picks have won an NBA title with the team that drafted them: "The Admiral" David Robinson (1987), Tim Duncan (1997), LeBron James (2003) and Kyrie Irving (2011).

The Raptors have two picks in the second round and they are back-to-back at No. 46 and No. 47. Coincidentally, neither pick is the Raptors' own. Their own pick is No. 37, which now belongs to the Pistons. The Raptors traded that pick to the Brooklyn Nets in February of 2019 with Greg Monroe for cash considerations. The Pistons ended up with that choice thanks to a three-way trade last November with the Nets and Los Angeles Clippers.

Toronto's pair of picks were acquired through trade, as well. The No. 46 selection came from the Sacramento Kings in a deal that saw Terence Davis move to the Kings last March. The pick originally belonged to the Grizzlies. The No. 47 pick got the Raptors in an even more convoluted route. Toronto received the pick at last spring's NBA trade deadline when they sent Matt Thomas to the Utah Jazz. The Jazz had initially received the pick in a trade with the New Orleans Pelicans for Derrick Favors. But the pick wasn't actually the Pelicans'. It originally belonged to the Golden State Warriors, who traded to New Orleans during the 2019 NBA Draft for the rights to Alen Smailagic.

Improbably, that No. 47 pick isn't the most well travelled in this draft. Three picks, including the Oklahoma City Thunder's No. 18 selection, have been traded four times. The Thunder hold six picks in this draft, including three in the first round.