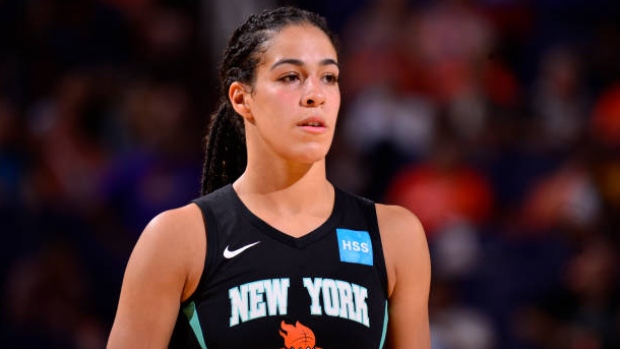 With the WNBA set to unveil their 2019 All-Stars for the upcoming game in Las Vegas on July 27, there is a case to be made that New York Liberty guard and Canadian Kia Nurse belongs in the conversation to be at that game.

Nurse leads the Liberty in minutes and is second on the team in points per game and free-throw percentage. She has started all 15 games for New York this season.

Across the WNBA, Nurse ranks in the top 10 of multiple offensive categories. She is averaging 16 points per game, good for seventh in the league, while averaging the fourth-most minutes played in the WNBA at 32.9.

In the 12-team league, New York sits just outside the playoff picture in ninth place. However, Nurse has improved on her rookie numbers across the board and continues to see her role grow on the Liberty.

With her numbers, an All-Star spot is a realistic scenario for the second-year guard.