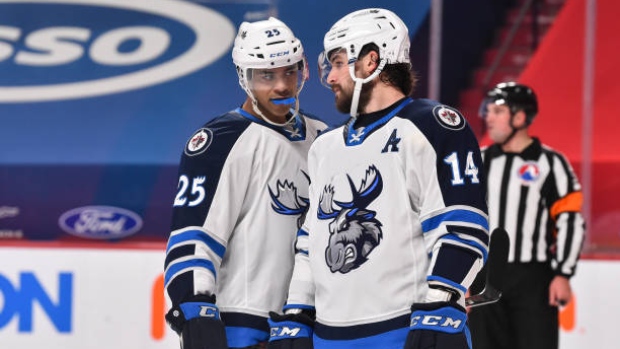 WINNIPEG — C.J. Suess scored a pair of goals as the Manitoba Moose crushed the Abbotsford Canucks 7-1 Thursday in the American Hockey League.

Suess led a group of seven Moose (40-24-7) skaters who each recorded at least two points on the night.

Brannon McManus scored the Canucks' lone goal at 5:49 of the second period, making it 3-1 in favour of Abbotsford.

The Moose would respond with four unanswered goals after McManus's marker and put the game away.