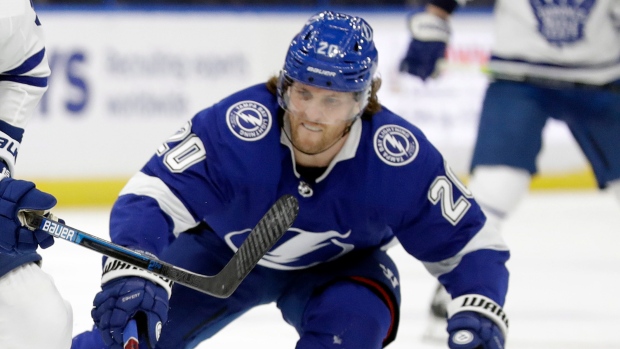 The Calgary Flames have added offence and defence via different routes on Wednesday.

The Flames acquired defenceman Nikita Zadorov from the Chicago Blackhawks in exchange for a third-round pick and signed former Tampa Bay Lightning forward Blake Coleman to a six-year, $29.4 deal in free agency.

Coleman will carry a cap hit of $4.9 million under the new deal.

Blake Coleman, six years and $4.9M AAV to Calgary. Nice raise over the $1.8M he was making

Zadorov appeared in 55 games last season for the Blackhawks and posted a goal and seven assists.

The 26-year-old joined the Blackhawks from the Colorado Avalanche in a trade prior to the season.

Zadorov spent five seasons with the Avalanche and has also played for the Buffalo Sabres.

The Moscow native has skated in 411 career NHL games and has 23 goals with 60 assists.

He was selected in the first round, 16th overall, in the 2013 NHL Draft by the Sabres.

Coleman was coming off a three-year, $5.4-million deal he signed with the New Jersey Devils in July 2018.

He was dealt from the Devils to the Lightning in February 2020 in exchange for Nolan Foote and a 2020 first-round pick.