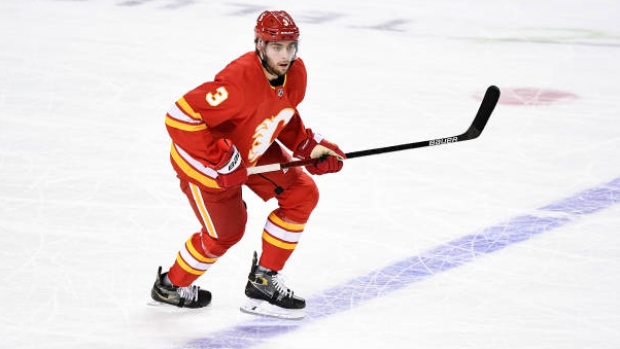 Mackey, 24, was first signed by the Flames on Mar. 20, 2020 after spending his college hockey career with Minnesota State.

He made his NHL debut last season and played in six games, notching a goal and three points with 20 penalty minutes.

He also suited up in 27 games for the Stockton Heat last season (AHL), recording three goals and 13 assists for 16 points and 33 penalty minutes.

He was named an AHL Canadian Division All-Star for the 2021 season and also made his Team USA debut at the 2021 World Championships capturing a bronze medal in Latvia.

Richardson, a veteran of 16 NHL seasons totaling 107 goals and 139 assists for 246 points over 825 career games, spent time with the Avalanche, Canucks, Coyotes and Predators over his career and also won the Stanley Cup in 2012 as a member of the Darryl Sutter-led Los Angeles Kings.