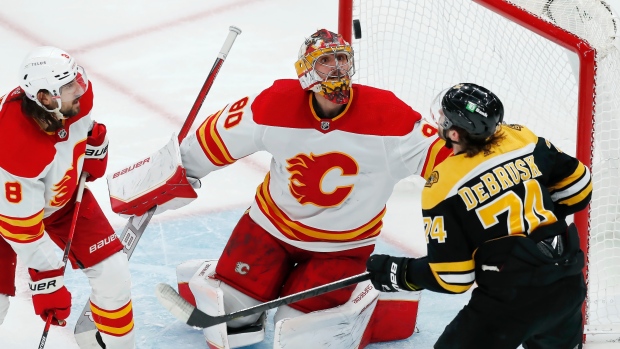 The Calgary Flames have added goaltender Dan Vladar to the NHL's COVID-19 protocol, the team announced on Tuesday.

On Monday, the Flames announced they had re-opened the team facilities for players and staff that remained negative through daily COVID-19 testing.

According to TSN's Salim Valji, Matthew Tkachuk, Blake Coleman, and Michael Stone are the only Flames players who remain off the protocol.

After 3 straight days of no new entrants into COVID protocol, Calgary goalie Dan Vladar has entered the protocol…

The NHL had announced Friday that the Flames would be shut down until after the league's holiday break.