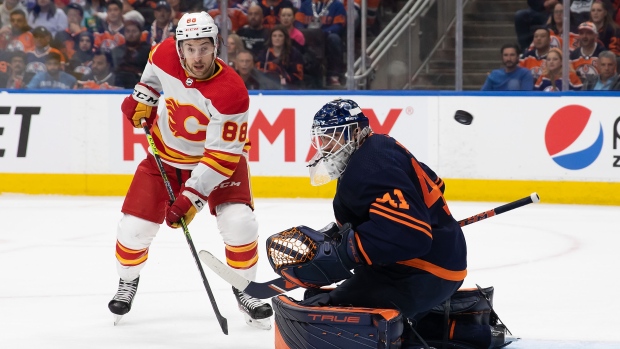 Elias Lindholm scored a power-play goal for the Calgary Flames and Mikael Backlund struck 36 seconds later to cut the Edmonton Oilers’ lead to 3-2 after the second period of Game 4 on Tuesday.

Evander Kane, Zach Hyman and Ryan Nugent-Hopkins each scored goals in the first period to give the Oilers a 3-0 lead after the first 20 minutes of play.

Mike Smith got the start in net for the Oilers, while the Flames countered with Jacob Markstrom.

Calgary has outshot the Oilers 20-16 so far.