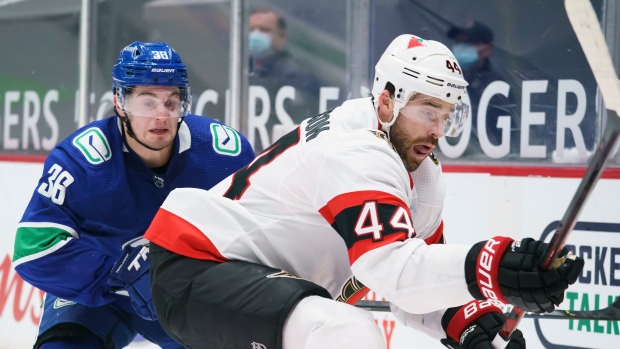 The 29-year-old Gudbranson scored one goal and added three assists over 45 games split between the Ottawa Senators and Nashville Predators last season.

The native of Ottawa was selected third overall by the Panthers in 2010.

Stone, 31, netted two goals and added two assists over 21 games with the Flames last season, his fifth year with the franchise.