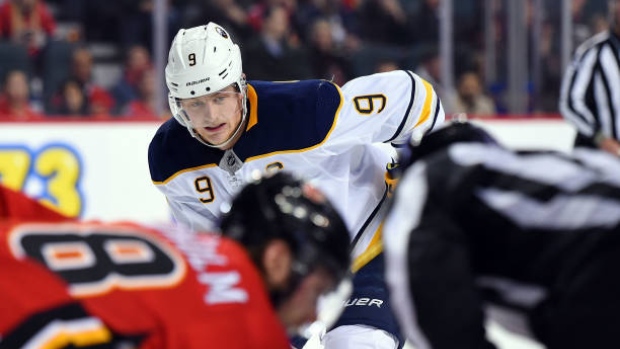 While recent reports have pointed to the Calgary Flames as a finalist to land Buffalo Sabres centre Jack Eichel via trade, Flames head coach Darryl Sutter downplayed the team's interest on Wednesday.

ESPN's Emily Kaplan reported Tuesday that the Flames and Vegas Golden Knights were finalists to land Eichel, who is yet to play this season as he awaits neck surgery.

When asked for if he had a scouting report on the centre, Sutter added he wasn't sure how to even classify Eichel at this point.

“I haven’t seen him play a long time and listened to reports that he’s not gonna play. I couldn’t even say if he’s an active or inactive player,” Sutter said.

The Flames are off to a 6-1-2 start this season after missing the playoffs last year following two straight first-round exits.

“I don’t know what to say. It’s not really our job to be commenting on stuff like that," forward Johnny Gaudreau said when asked about the possibility of adding Eihcel. "Whether it happens, doesn’t happen, I mean we know we have a good team in our locker room. We are playing well. It’s probably the best we’ve played to start a season off in a long time. Right now, we focus on the guys in our locker room, the teammates we have right now, and focus on Dallas and go from there.”