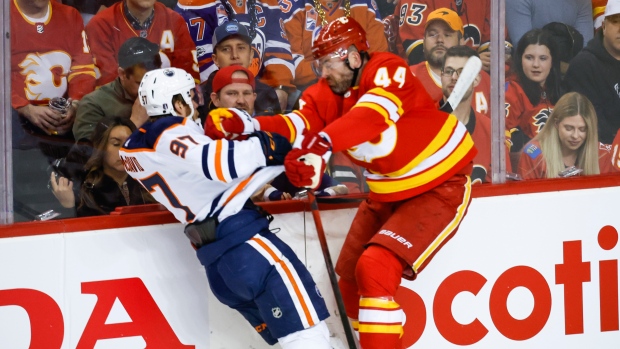 Calgary’s Blake Coleman and Edmonton’s Zach Hyman both scored twice in the second period as the Flames lead 6-5 over the Oilers in Game 1 of their second-round series.

Evan Bouchard scored the other goal of the period for Edmonton off a feed from Connor McDavid and Leon Draisaitl. Draisaitl's goal pulled the Oilers within one with 39 seconds left in the period.

Elias Lindholm, Andrew Mangiapane and Brett Ritchie had the goals in the first period for the Flames with McDavid scoring the Oilers’ first goal of the game.

In net, Mike Smith was pulled in the first period and was replaced by Mikko Koskinen.