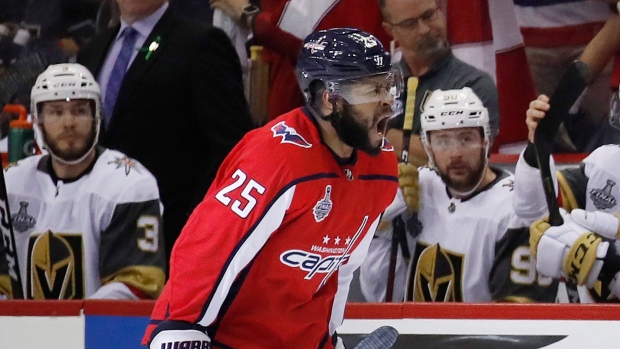 The #Flames have released forward Devante Smith-Pelly from his PTO. pic.twitter.com/HZsQPhBuW1

The Flames added the 27-year-old to their training camp roster earlier this month.

Smith-Pelly scored four goals and added four assists over 54 games with the Washington Capitals last season, his 10th in the NHL.

A 2010 second-round pick by the Anaheim Ducks, Smith-Pelly has recorded 44 goals and 57 assists over 395 games with the Ducks, Montreal Canadiens, New Jersey Devils and Capitals.