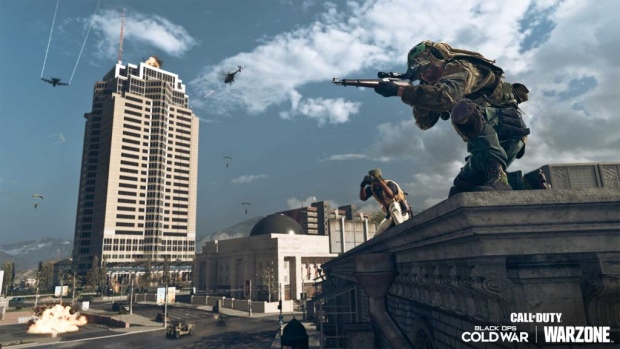 A midseason update is coming to Call of Duty: Warzone's Season 3, with a 1980s action movie theme that incorporates new locations and characters themed after the Die Hard and Rambo films.

The most significant of these changes is the addition of Die Hard’s Nakatomi Plaza to the Downtown area of the game’s Verdansk map, which is being billed as the tallest structure in the game. Smaller, Rambo-themed camps will also be scattered across the map, and new character skins modeled after Rambo and John McClane have been introduced into the game.

The update was made live at midnight on May 19, with the new additions to take effect on May 20. The game’s new locations are expected to run for a limited time only.

TIGHTEN YOUR HEADBAND AND DON’T FORGET YOUR SHOES.