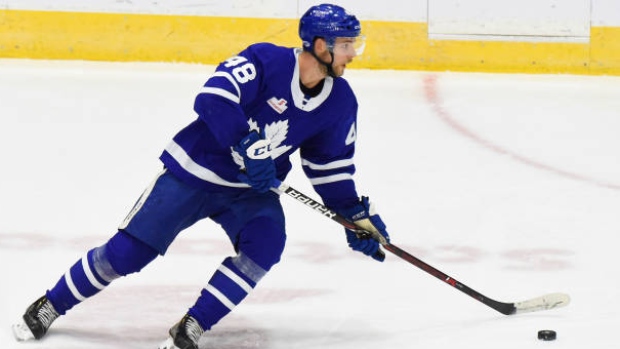 WINNIPEG — Calle Rosen scored twice, Nick Robertson scored his first American Hockey League goal as part of a four-goal second period, and the Toronto Marlies cruised to a 6-2 win over the Manitoba Moose on Tuesday.

Kenny Agostino, Kristins Rubins, Rosen and Robertson scored in the middle frame for the Marlies (2-0-0), who also got a goal from Adam Brooks.

Andrew D'Agostini stopped 26-of-28 shots for Toronto, AHL affiliate of the Maple Leafs.

Nathan Todd and Kristin Reichel found the back of the net for the Moose (0-2-0), AHL affiliate of the Winnipeg Jets.

Mikhail Berdin made 28 saves for Manitoba.

This report by The Canadian Press was first published February 16, 2021.