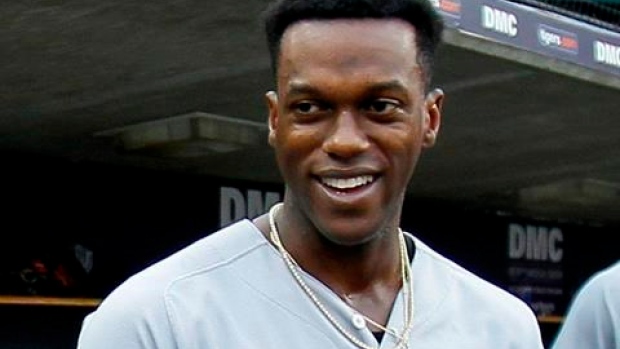 LAKELAND, Fla. — Cameron Maybin is starting his third stint with the Detroit Tigers.

This one feels a bit different.

“The first two times around, there were a lot of familiar faces," the veteran outfielder said Sunday. "Not that many now.”

Maybin began his big league career with Detroit in 2007 and was enough of a prospect that he was traded for Miguel Cabrera. He returned to the Tigers in 2016 after a trade, and now the 32-year-old Maybin is back again after agreeing to a one-year contract.

Maybin was a first-round draft pick for Detroit in 2005, and when he arrived in the majors, the Tigers were coming off a World Series appearance and were on their way to about a decade of consistent contention. They still had star pitcher Justin Verlander when Maybin returned in 2016, and that team nearly made the post-season.

Now, however, Detroit is rebuilding. The Tigers still have Cabrera, but it's the team's young prospects who may end up getting much of the attention from fans in spring training. In a way, Maybin has come full circle.

“I will be on the other end of guys asking me for advice," he said. "The table's turning.”

Maybin has played for eight franchises, and his performance last year suggests he can still contribute. He hit .285 with a career-high 11 home runs in only 82 games for the New York Yankees — although his free agency dragged on anyway.

“It was a little frustrating," he said. "I thought it would have been a little bit easier to get a big league job. I do feel like I'm a big league talent. I think I'm big league calibre."

Maybin said it means a lot to him that the Tigers would want him back for a third tour of duty. He joins an outfield that includes Christin Stewart, Victor Reyes and JaCoby Jones. Those three players have contributed to some degree, but the jury is still out on whether any of them will be a big part of Detroit's long-term future.

Maybin has more of a track record.

“We brought him over here to help us out — clubhouse, everything, playing time," manager Ron Gardenhire said. "We don't ever take anybody north with us that's not going to play.”

Maybin may need to be flexible moving around the outfield.

“I think I'm going to play a lot of everywhere, which I'm totally comfortable with at this point," he said. "I think I'm naturally a guy who, I don't necessarily try to be a leader, but I think I have leadership qualities.”

Maybin joined the Astros around the start of September in 2017, then left as a free agent after the season.

“I feel like the things that went on in that 2017 season with the Astros, in which I was there for a month and some change, definitely doesn't reflect how I approach the game and how I played the game," he said. "Hindsight 20-20, it's tough. Being in the locker room, knowing what was going on, we all could have definitely said something about it. Personally speaking, for me it's tough to just come into an organization that late and think you're just going to, you know, change something.

Maybin hit .186 for Houston in 21 games down the stretch that year. He appeared in six post-season games as the Astros made their run to a World Series title.

Last year, he played for the Yankees, who lost to Houston in the AL Championship Series. He was coy when asked whether he told his New York teammates about what the Astros might be doing.

“We had a conversation, and I'll keep that conversation between them," he said. "But a little heads up.”