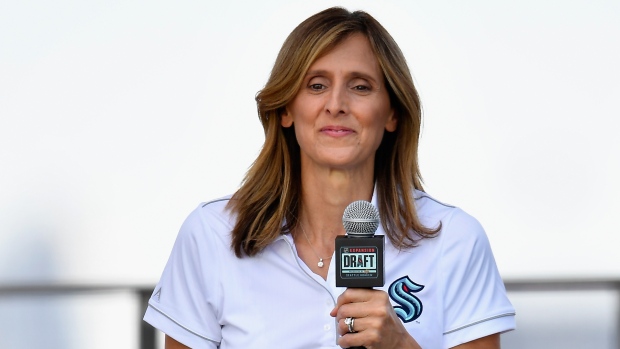 Hockey Hall of Famer Cammi Granato is about to be named a key element to the hockey operations department of the Vancouver Canucks, according to TSN Hockey Insider Darren Dreger.

Sources say Cammi Granato is about to be named a key element to the hockey operations department of the Vancouver Canucks. More details tomorrow.

Granato currently works as a pro scout for the Seattle Kraken.

The 50-year-old was inducted into the Hockey Hall of Fame in 2010 after a decorated career that included a gold medal at the 1998 Winter Olympics in Nagano and a silver medal at the 2002 Olympics in Salt Lake City.

Granato was added to the HHOF’s selection committee last November.

The Canucks have recently had an overhaul of their hockey operations department after Jim Rutherford took over as team president in December.

Patrik Allvin was hired as the 12th GM in the franchise's history with Émilie Castonguay and Derek Clancey added as assistant general managers.