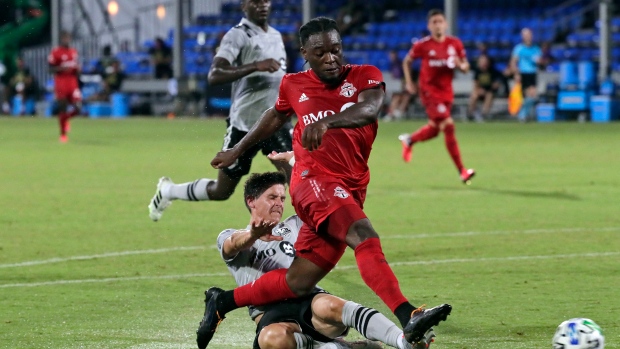 Toronto FC's Ayo Akinola and Luke Singh are among 11 players who have been added to Canada's training camp ahead of its June World Cup qualifiers.

Although both Akinola and Singh grew up in Canada, Akinola has played once for the United States’ national team, while Singh has featured for Trinidad and Tobago's under-20 squad.

Under current FIFA rules, prior to turning 21, a player can switch national teams as long as they were eligible to play for their second country at the time they played for their first country. A switch is also contingent upon the player playing fewer than three matches for their first nation, with none of those matches taking place in World Cup finals or continental tournaments."

Ahead of FIFA World Cup Qualifiers, an extended #CANMNT squad will train this week in Florida

Team sources tell TSN that this player invitation allows Canada head coach John Herdman to evaluate Akinola, a forward, and Singh, a defender, in a national team training camp setting, and for the players to experience Canada's setup and preparations.

If Canada wins its group, the team will advance to a second stage, two-leg playoff to take place on June 12 and June 15.