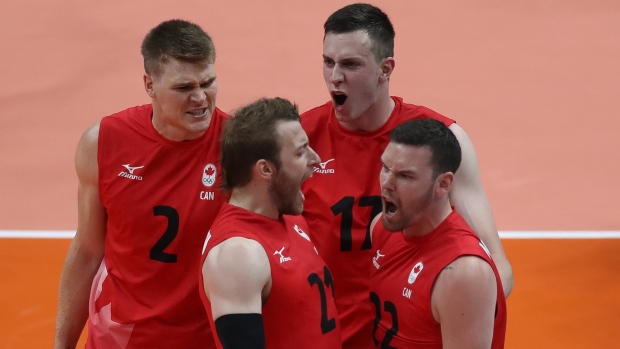 NINGBO, China — Ryan Sclater had 20 points and Nick Hoag added 19 as Canada defeated host China 3-2 Saturday at an Olympic men's volleyball qualifying tournament, but failed to book a spot in the 2020 Summer Games.

Zhejia Zhang had 19 points, including five aces, and Libin Liu had 20 points for the host team.

"I was happy with the reaction of the guys because they were quite disappointed after the (3-1) loss to Argentina yesterday," said Canada's head coach Glenn Hoag.

However, Canada enters its final game against Finland on Sunday knowing it will not qualify for the 2020 Olympics through this tournament. Only the top teams in the pools advance, and Canada trails Pool F leader Argentina by an insurmountable four points heading into the final round-robin games.

"We came expecting that we would book our ticket to the Olympics, so obviously we are very disappointed with the results. I think we were outplayed this weekend, and we have to live it and focus on the next opportunity moving forward," said Canada captain Gord Perrin.

Canada will have another chance to book a spot at the Tokyo Games through a regional qualifier.