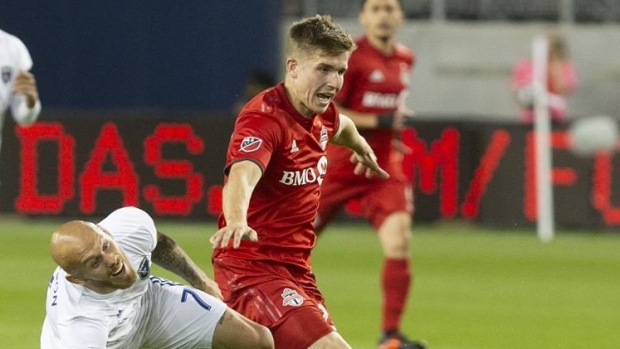 Belgian First Division B side KMSK Deinze announced the signing of the Canada midfielder on Tuesday.

The 23-year-old Toronto native spent last season on loan from Toronto FC at Columbus Crew. He appeared in 23 games for the Crew last season.

Fraser spent time in the Vancouver Whitecaps academy before returning to Toronto and the TFC academy in 2013. He made his professional debut with TFC II in 2015.

Fraser signed a homegrown player contract with the Reds in 2018 and made his MLS debut later that year.

Over parts of four seasons with TFC, Fraser made 39 appearances across all competitions.

Internationally, Fraser has been capped 11 times by Canada and was member of the CanMNT squad at this past summer's Gold Cup.