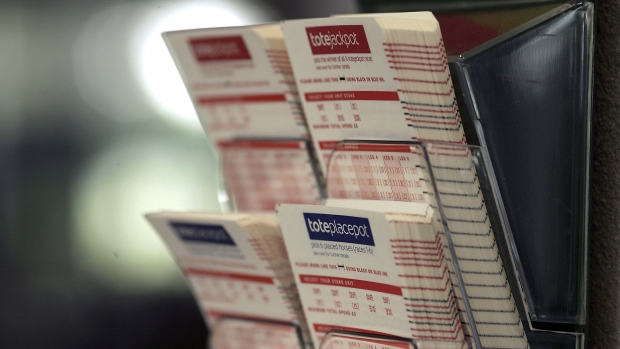 OTTAWA — Betting on single games of football, hockey and other sports is about to become legal in Canada, with provinces poised to pounce on the forthcoming federal law.

The Senate has approved Bill C-218, a private member's bill that amends Criminal Code provisions around gambling on single sports games — currently illegal except for horse racing — in a bid to win back customers from offshore sites, U.S. casinos and illegal bookmakers.

The upper chamber approved the bill Tuesday by a vote of 57-20. It now awaits royal assent to become law.

Conservative MP Kevin Waugh's bill garnered renewed enthusiasm from legislators in all four main parties, and marks the third time a would-be law with the same goal has blazed a trail through Parliament — but never this far.

Similar legislation zipped through the House of Commons with all-party support nearly a decade ago but foundered in the Senate and died when an election was called in 2015.

A second attempt by New Democrat MP Brian Masse also failed after the then-Liberal majority voted down his private member's bill in concert with Conservatives in 2016.

The Liberals then rolled the dice last November with their own legislation, which they subsequently dropped when Waugh agreed to incorporate its protections for the horse-racing industry into his bill.

The bill passed the House with multi-party support in February.

The legislation has been embraced by the Canadian Football League, National Hockey League and other professional sports. It has also garnered tentative support from a tight-knit equestrian community that remains wary of casinos and foreign gambling sites encroaching on its turf.

Conservative Sen. David Wells, who sponsored the bill in the upper house, predicted that legally allowing Las Vegas-style betting on single games would eat into the multibillion-dollar black market and redirect that revenue into provincial government coffers.

Currently, he told the Senate during final debate last week, "Canadians are placing billions of dollars worth of bets annually through these (offshore) sites, that go entirely unregulated in Canada."

Provincial governments, which regulate gambling in Canada, have been clamouring for single-event betting to be legalized, Wells added, arguing that they stand to reap billions in revenue that could be used to support addiction research, health care, education and other priorities.

Several provinces are gearing up to seize on the pent-up revenue streams.

Ontario Attorney General Doug Downey said in an interview the province plans "to land the framework by this fall" and implement the new regulations and licensing rules before the year is out.

Changes allowing wagerers to bet on a sole game of the B.C. Lions or Toronto Maple Leafs — however long the odds — require regulatory tweaks at the provincial level, but no legislative amendments, easing the path to single-event gambling.

More than two dozen U.S. states have moved to legalize single-event sports betting after the U.S. Supreme Court struck down a federal ban in 2018, potentially siphoning off customers from Ontario casinos in Windsor and Niagara Falls.

Waugh has said the main goal of Bill C-218 is to level the track globally against large foreign sites such as Bet365 and Bodog that garner more than $4 billion from Canadian bettors each year, according to the Canadian Gaming Association.

Casinos might also benefit, but B.C. and Ontario say single-game wagers will not be confined to the casino floor.

The CFL said in a statement that the bill's clearance of both chambers "will move sports wagering out of the shadows and into the light of day where it belongs."

TheScore, which operates a popular North American betting app, pegs the market for online gaming in Canada between US$4.3 billion and US$5.4 billion in annual revenue.

“All of these tax dollars are floating up to heaven," John Levy, chairman and CEO of the Toronto-based company, said in an interview.

Gamblers will be much more eager to lay down money on individual games rather than just Proline-style betting — "parlays" where they wager on fixed odds around two or more games — he said.

“When you think about people betting on sports ... it basically is, ‘Well who do you like tonight? Are you gonna bet the Jays or you gonna bet the Yankees?'" said Levy,whose app competes with casinos and online sports betting giants such as New York-based FanDuel and Boston-based DraftKings.

Not everyone was so enthusiastic.

More than 20 senators voted in favour of a pair of amendments that failed to pass over the past week. The proposed changes would have sent the bill back to the Commons for further consideration, potentially cementing its defeat as MPs prepare to rise for the summer break on Wednesday — their autumn return remains in doubt ahead of a likely election.

"This piece of legislation has many tentacles that could have been and should have been looked at more closely," said Sen. Vern White, a member of the Canadian Senators Group who put forward an amendment last week calling for match fixing to be listed as a crime.

The initial aim of the federal ban on single-event sports bets was to curtail match fixing — it's easier to scheme when there's just one game to manipulate — but it became increasingly ineffective amid the rise of offshore betting sites.

The risk of manipulation lingers at lower levels such as minor league hockey or baseball, he said, where players earn far less than their big-league counterparts, making the need to pull gambling from the clutches of the black market all the more urgent.

"There is a risk that players would be susceptible to being bribed to throw a match. And then they get drawn into a culture where they get blackmailed into keep doing it more," Cotter said in an interview.

The Mohawk Council of Kahnawà:ke had also called for tweaks to allow Indigenous entities to manage a lottery scheme, including sports betting. Independent Sen. Mary Jane McCallum tabled an amendment in that vein that was defeated Monday by a vote of 43-21.

This report by The Canadian Press was first published June 22, 2021.

—With files from Joan Bryden