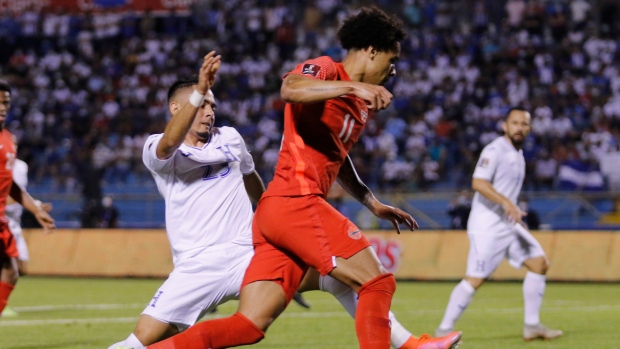 Tajon Buchanan crossed the ball into the box and defender Denil Maldonado deflected it into his own net to give Canada a 1-0 lead over Honduras at halftime of their 2022 World Cup qualifying match from San Pedro Sula.

Buchanan beat his man one-on-one just outside the opposition penalty area and then crossed a ball that the defender was not able to handle, giving the road side an advantage in the 10th minute.

Goalkeeper Milan Borjan preserved Canada’s lead in the 44th minute when he beat an on-rushing Romell Quioto to a ball, clearing the danger.

Defender Samuel Piette was forced off in the 39th minute for Canada and was replaced by Liam Fraser.

Canada is looking for their first victory in Honduras since 1985.

The Canadians entered play at the top of the CONCACAF World Cup qualifying table, the only undefeated team left in the competition.

The 21-year-old will not be available for any of the three games Canada will play during the current window.