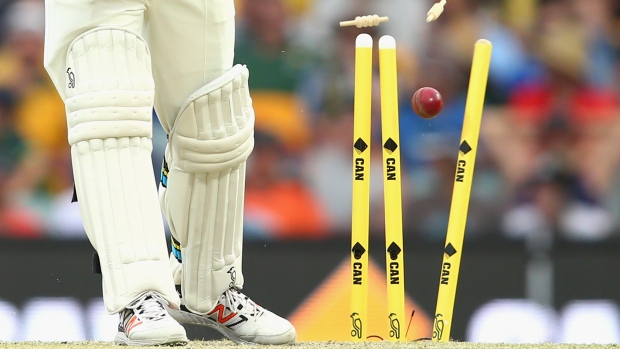 SOWETO, South Africa — Canada lost by three wickets to West Indies on Monday in a warmup game in advance of the Under-19 Cricket World Cup.

The 16-country tournament starts Friday and runs through Feb. 9. Canada, which has another warmup game Wednesday against Australia in Johannesburg, opens Saturday against the United Arab Emirates at Mangaung Oval in Bloemfontein.

Akhil Kumar led the way with an innings of 59 while Ayush Verma had 42 not out as Canada batted first Monday. The Canadians finished at 271 for nine in their 50 overs.

The West Indies reached their victory total in 46.5 overs at the expense of seven wickets, led by Antonio Morris's 96 not out and Nyeem Young's 70.

The U-19 World Cup was first staged in 1988 as the Youth World Cup. After a 10-year hiatus, the tournament returned in its present form and has been held as a biennial event since 1998.

India has won the tournament four times. Australia has won it three times, Pakistan twice and England, South Africa and the West Indies once each.

This report by The Canadian Press was first published Jan. 13 2020.