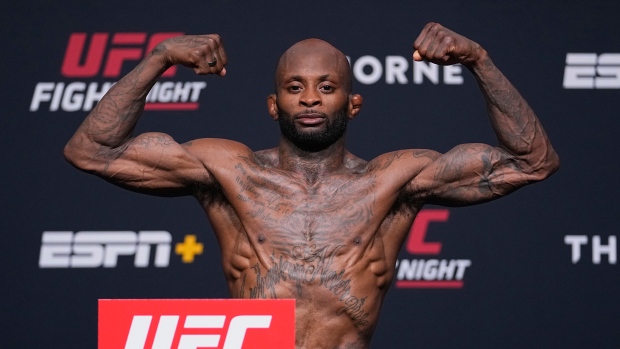 Bondar (14-2-0) is making his UFC debut on the strength of eight straight wins.

Gordon, a 31-year-old from Calgary who now calls Toronto home, lost his first two UFC fights to China's Su (Tibetan Eagle) Mudaerji and Sweden's Amir (The Prince) Albazi. Mudaerji stopped him in 44 seconds in November in Las Vegas while Albazi submitted him in the first round in July 2020 in a short-notice fight in Abu Dhabi.

Gordon, the first Canadian to compete on Fight Island in Abu Dhabi, had won seven of his previous eight bouts before debuting in the UFC.

Tucker (13-2-0) is coming off a 22-second knockout in March at the hands of Dan (50K) Ige, ranked ninth among featherweight contenders. It was the sixth-fastest KO in UFC featherweight history.

The 35-year-old Tucker, a native of Ship Cove, N.L., who fights out of Halifax, had won four of his five previous UFC bouts.

Sabatini (15-3-0) has won seven of his last eight fights, including two UFC outings.

This report by The Canadian Press was first published Oct. 4, 2021