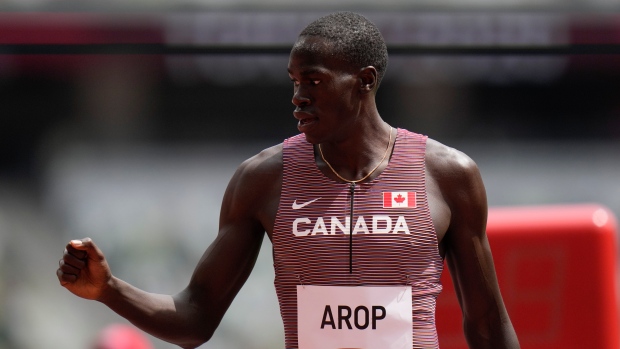 The 22-year-old from Edmonton, who was coming off back-to-back Diamond League victories in Eugene, Ore., and Lausanne, Switzerland, finished third in one minute 44.74 seconds.

Kenyans took first and second, with Wyclife Kinyamal winning in1:43.94 and Ferguson Rotich taking second in 1:44.45.

This report by The Canadian Press was first published Aug. 28, 2021.