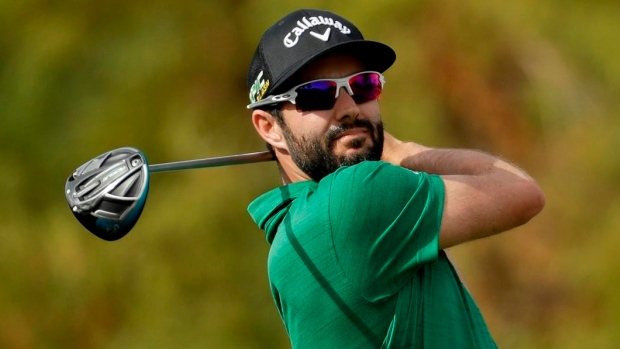 Adam Hadwin got a very nice Christmas present this week when the year’s final Official World Golf Ranking was finalized. The Abbotsford, B.C.-product ended up in 50th spot and as such, earned a spot in the Masters.

“To get back in the Masters after a one-year absence is huge,” he stated. “These are the things you want to qualify for at the beginning of the year.”

The Canadian golfer had to wait until the very last moment to confirm his 50th-place spot. Cam Smith, who a week earlier was a teammate of Hadwin’s at the Presidents Cup, needed to finish tied-for third or better in the Australian PGA to pass Hadwin on the ranking but ended up tied for 10th.

It was a nerve-wracking time for Hadwin who admitted that he didn’t spend too much time looking at the Official World Golf Ranking over the past month.

“It’s something that I don’t want to think about too much because you could check every week and freak yourself out.,” he said.

With his spot in Augusta confirmed, Hadwin was relieved as well as satisfied with the result.

“You definitely feel with the Masters, you’ve earned it, you’ve done something special to get in there,” said the 32-year-old. “Nothing against Monday qualifying or the U.S. Open qualifying but this is not a one-day qualifier. You’ve earned it over a season or a four-round event. You’ve earned your place in the field. If will be great to head back to Augusta.”

Hadwin is the third Canadian to confirm his spot in the Masters. Mike Weir, who gets in as a past champion, and Corey Conners, who qualified by making it to the Tour Championship, are also in the field.