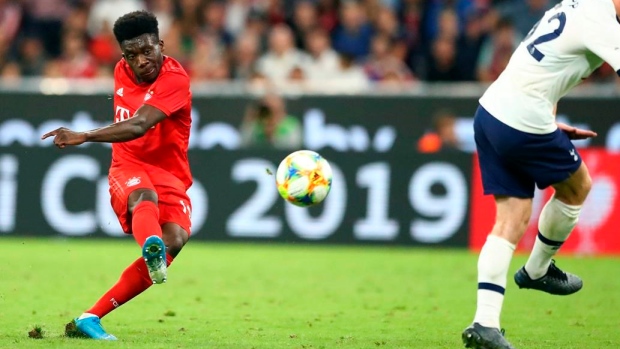 Canadian soccer star Alphonso Davies was named to the 20-man shortlist of the 2019 European Golden Boy award on Tuesday.

The award is given annually to the best player under the age of 21 in Europe. Previous winners include Wayne Rooney, Lionel Messi, Paul Pogba and Kylian Mbappe.

The Golden Boy 2019 shortlist is here.

Who will take the award home this year? 👀 pic.twitter.com/iqNUvFfUEF

Davies has two goals in 11 matches with Bayern Munich since joining the German club in January. The former Vancouver Whitecaps star scored eight goals in 31 MLS games in 2018.

The 18-year-old will be a part of Canada's lineup Tuesday night for their CONCACAF Nations League game against the United States.

The winner of the award will be announced on Dec. 16.

The following players were listed on the 20-man shortlist: