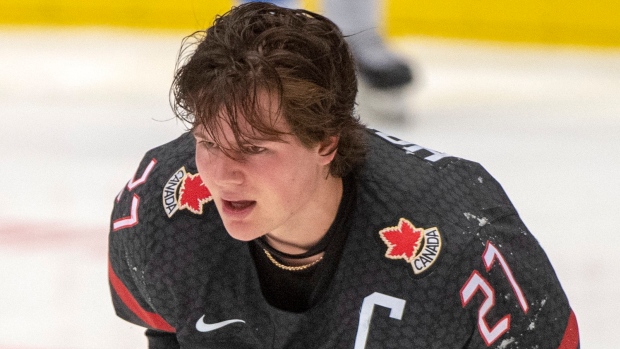 When Barrett Hayton went hard into the boards during Saturday's semifinal win over Finland, it looked like his tournament was over.

Hayton was in the lineup and took the ice for the Canadians in the first period as they go for gold against Russia. He would later score to tie the game 3-3 in the third period.

In the third period against the Finns, Hayton collided into the boards after getting tangled up with a Finnish player as the two were racing for the puck. The Canadian skated off the ice on his own but appeared to be holding his left arm. He sat on the bench briefly before heading to the dressing room.

Bowen Byram, who missed Saturday's game because of an illness, was also in the lineup for Canada on Sunday.

Watch the game LIVE across the TSN Network, on TSN.ca, the TSN App, TSN Direct or listen on TSN Radio.