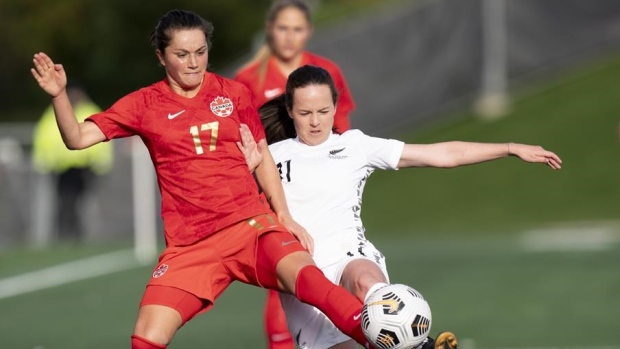 The 23-year-old from London, Ont., was rewarded for impressive performances against Aston Villa, Manchester City and Birmingham. Chelsea won all three games with Fleming playing a role in each.

She scored the winning goal against Aston Villa and opened the scoring in the Blues' 4-0 win over Manchester City. Fleming, who has won 94 caps for Canada, wrapped up the month by assisting Sam Kerr for the first of her three goals in a 5-0 win over Birmingham.

Chelsea sits second in the league standings, one point behind Arsenal. Chelsea won 3-0 when the two teams met in the Women’s FA Cup final last Sunday.

This report by The Canadian Press was first published Dec. 9, 2021.