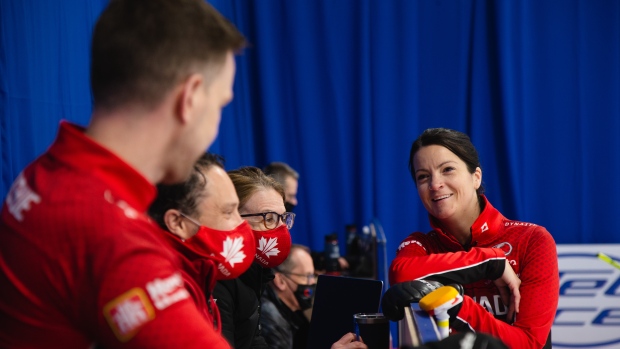 ABERDEEN, United Kingdom — Canada’s Kerri Einarson and Brad Gushue improved to 4-1 at the world mixed doubles curling championship with an 8-3 win over South Korea on Wednesday.

Einarson and Gushue suffered their first loss earlier Wednesday when they dropped an 8-5 decision to Australia's Tahli Gill and Dean Hewitt.

Against South Korea's Ji Yoon Kim and Si Woo Moon, Canada scored three in the sixth end and one in the seventh to break open a close game.

“It definitely feels good to bounce back after a loss this morning,” said Einarson. “We made some really nice shots out there and put some pressure on them."

Canada, Italy and Scotland are tied for top spot in Group A at 4-1. The Canadians square off against those two teams on Thursday.