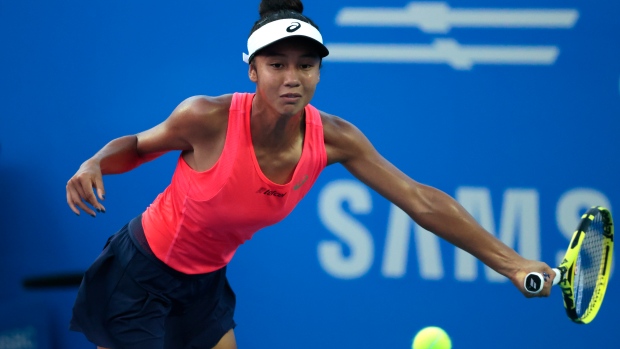 MONTERREY, Mexico — Canadian Leylah Annie Fernandez's bid to play into the weekend at a second straight WTA tournament ended Friday with a 6-4, 7-5 quarterfinal loss to No. 1-seeded Elina Svitolina of Ukraine at the Monterrey Open.

Fernandez, a 17-year-old from Laval, Que., fended off six of the eight break points she faced but couldn't break Svitolina's serve.

Svitolina, the world No. 7 and 2017 Rogers Cup winner in Toronto, broke Fernandez at 5-5 in the second set before holding for the match.

Fernandez was coming off her first appearance in a WTA tournament final a week ago, losing in three sets to Heather Watson at the Mexican Open.

Fernandez, ranked No. 126 to start the week, upset No. 37 Sloane Stephens of the United States in three sets in the round of 16 at Monterrey to advance to Friday's match against Svitolina.