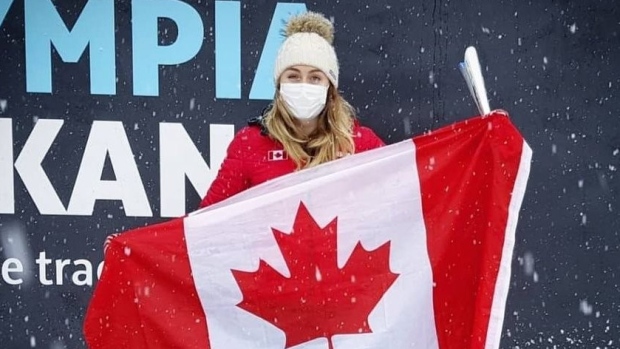 INNSBRUCK, Austria — The Canadian women's bobsled team continues to contend in the new event of monobob, which will make its Winter Olympic debut in 2022.

In monobob, a lone woman pushes and drives a standardized sled that is the same as her competitors' in a test of driving skills.

"I think it is so cool to have this opportunity to race monobobs," Lotholz said.

“To have two consistent starts and runs today shows everything is coming together.

"I’m very proud of the process and I am having so much fun which is so important.”

Walker tops the monobob season standings. Lotholz, who pushed Humphries to a pair of world championship silver medals in 2016 and 2017, ranked sixth.

He teamed with Alexander Schuller for an 11th win in a dozen races.

Olympic champion pilot Justin Kripps of Summerland, B.C., didn't race Saturday because of a leg cramp, but is expected to drive a four-man sled in Sunday's World Cup season finale.