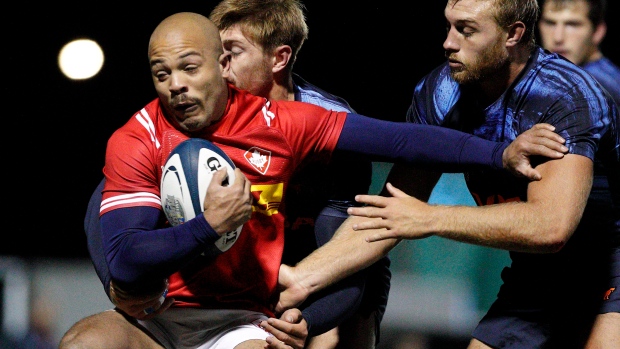 Kainoa Lloyd had the lone try for the Canadians. He scored off a turnover just before halftime.

Fiji led 19-13 after a tight first half but tries to Peni Ravai and Josua Tuisova in the first eight minutes of the second half made the lead 31-13 and put the result beyond doubt. Mesulame Dolokoto scored Fiji's sixth try 10 minutes before full time.

Canada began the six-team tournament, which serves as a warmup for the Rugby World Cup in September, with a 47-19 loss to the United States in Colorado last Saturday.

Canada is ranked 21st in the world, compared to No. 9 for Fiji. The Pacific Islanders, five-time winners of the tournament, were coming off a 34-21 away loss to No. 11 Japan.

The Canadian team will remain in Fiji to face No. 14 Tonga in Lautoka next Friday.