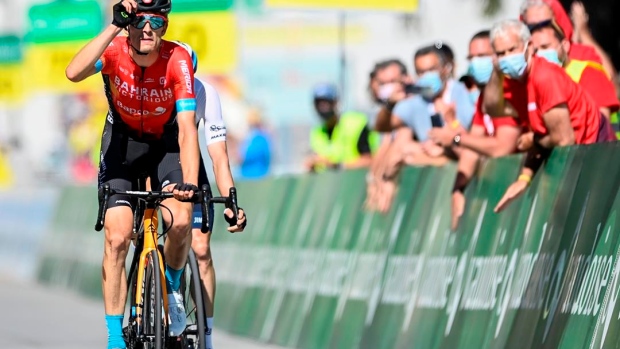 ANDERMATT, Switzerland — Canadian cyclist Michael Woods was runner-up in the final stage of the Tour de Suisse on Sunday, finishing first in the race's mountain classification and fifth in the overall standings.

Switzerland's Gino Mader won the sprint to the finish line in the final 159.5-kilometre stage ahead of the 34-year-old from Ottawa.

Woods, Piccolo and Boivin were riding for the Israel Start-Up Nation while Zukowsky, Dal-Cin and Britton were competing for Rally Cycling.

This report by The Canadian Press was first published June 13, 2021