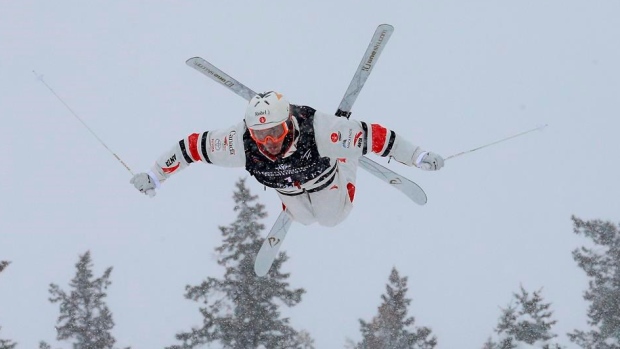 Kingsbury defeated Thomas Gerken Schofield of Britain in the super final to pick up his seventh World Cup victory of the season and clinch the Crystal Globe in the discipline.

Bradley Wilson of the United States was third after beating Benjamin Cavet of France in the small final.

"After I knew I was going to win it kind of released some pressure out of my shoulders and I started skiing a bit better," Kingsbury, from Deux-Montagnes, Que., said.

"This is one of the best venues I've competed at in my entire career," he said of the hill in Krasnoyarsk. "This is my third World Cup win in three starts in Russia. This place has been very good to me."

Though there are two moguls events remaining on the World Cup calendar, Saturday's victory assured Kingsbury of finishing the season first in the overall moguls standings with 940 points. Japan's Ikuma Horishima is second at 639, followed by Cavet at 531.

Montreal's Justine Dufour-Lapointe was the top Canadian in fifth.

This report by The Canadian Press was first published March 7, 2020.