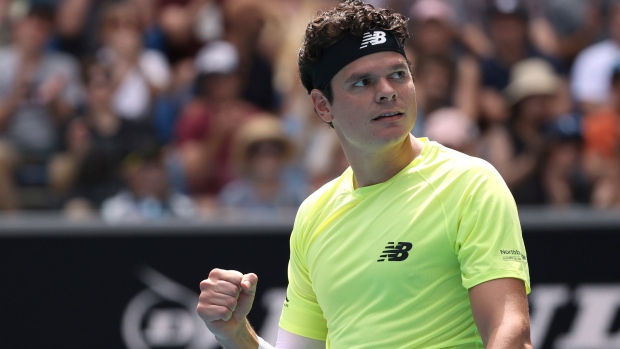 DELRAY BEACH, Fla. — Canada's Milos Raonic advanced to the second round of the Delray Beach Open tennis tournament with a 6-2, 6-2 win over lucky loser Denis Istomin on Tuesday.

Raonic converted four of his 10 break point opportunities, and saved both break points he faces.

Istomin, from Uzbekistan, was a late replacement for Italy's Andreas Seppi, who withdrew with a left leg injury. Seppi played in the final of the New York Open on Sunday, losing to Kyle Edmund.

Raonic, ranked No. 37 in the world, next faces Germany's Cedrik-Marcel Stebe.