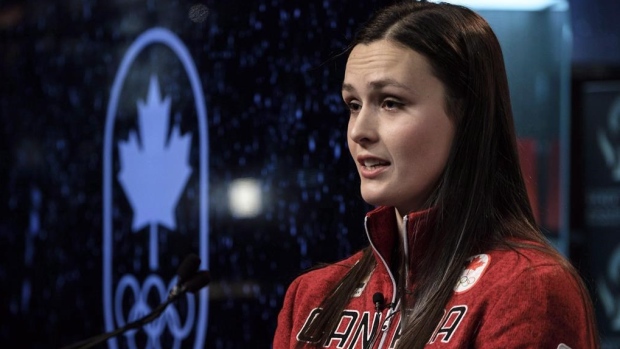 The 29-year-old from Whistler, B.C., who tore her anterior cruciate ligament for the second time last March, captured her first two heats before finishing third in the big final for her 47th World Cup podium performance.

"To come back from injuries with a podium means that all the hard work was worth it," Thompson said after 101st World Cup race. "I'm really looking forward to the rest of the season."

Thompson, who won gold at the 2014 Sochi Olympics just four months after tearing her ACL the first time, will chase another Olympic medal this winter in Beijing.

Britt Phelan of Mont-Tremblant, Que., was fourth on Sunday, a day after capturing silver in Saturday's race.

The 30-year-old from Mont-Tremblant, Que., a silver medallist from the 2018 Pyeongchang Olympics, has also been sidelined by injury for the better part of two years.

"I'm feeling confident going into the next races and I just want to keep that consistency and try to focus on my skiing and myself. We have a lot of races coming up," she said.

Tiana Gairns of Prince George, B.C., was sixth for a second day in a row.

Reece Hoden of Cultus Lake, B.C., was the top Canadian in the men's race, finishing seventh.

The only World Cup races in North America this season are Jan. 13-14 in Nakiska, Alta.