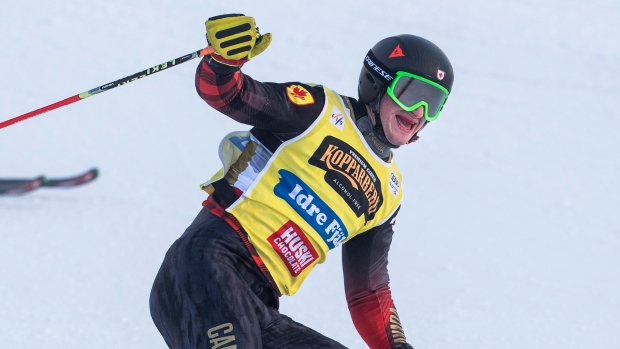 The 22-year-old from Cultus Lake, B.C., got off to a fast start and held on to win his fourth World Cup race this season.

"After those first few heats I was a bit nervous, but as I made my way through it, the confidence came back and when I was sitting in the start gate of the big final, I was feeling so good I just sent it - and I'm so happy with the result," Howden said.

Courtney Hoffos of Windermere, B.C., caught an edge and fell in the women's big final and finished fourth.

"It was a good day overall," Hoffos said. "I had a lot of confidence felt really dialed in my first few heats. I felt like I was skiing well. It was too bad bad that I caught an edge and went down."

Next up for the Canadians is the World Cup Finals in Veysonnaz, Switzerland.