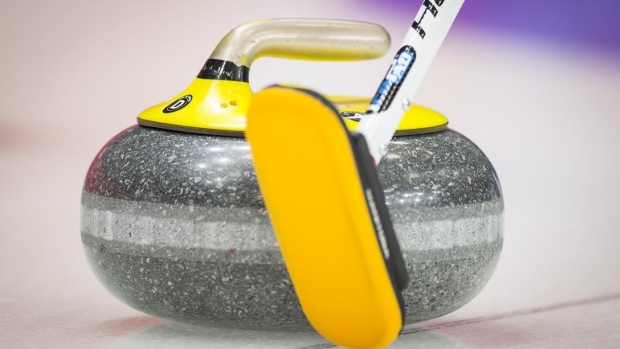 Ryan Jacques will wear the Maple Leaf for the first time under unusual circumstances.

He's been named to Canada's men's team for the 2021 world junior curling championship in Beijing. The tournament at the Water Cube is the test event for the 2022 Winter Olympics.

"It's honestly a crazy feeling to know they're using us to test for the upcoming Olympics, which is obviously a huge event," the 19-year-old from Edmonton said.

Jacques didn't have to win a national junior title to get to Beijing. Instead, Curling Canada assembled its teams to address an upcoming change in the competitive calendar.

Curling Canada's rationale for the change is extending the competitive season for junior curlers, but the organization had to come up with a transitional solution for Beijing next year.

A complicating factor for choosing teams is 21-and-under junior squads have curlers who "age out" and are no longer eligible to compete the following year. Both Gauthier and Zacharias and their vice-skips fell into that category for 2021.

Selecting a team of curlers experienced at their position and having chemistry with each other, particularly on the men's side, became a puzzle.

"We looked at so many different scenarios," said Helen Radford, Curling Canada's manager of program development and youth feeder system.

"We had scouts at the Canadian juniors. We talked to provincial coaches. Through it all, you always know someone is going to be disappointed. They wish they could have been picked."

He and two teammates have been blended with two age-eligible members of the Newfoundland and Labrador squad that finished second to Gauthier.

Ryan Kleiter's bronze-medal team from Saskatchewan wasn't an option because the entire team aged out.

"This is an extra-special moment for me," Jacques said. "I started curling competitively when I was 13, so I didn't think I would get there this fast to be honest.

"I'm humbled to be in this position to get the chance to represent Canada along with some of my friends and I'm sure soon-to-be best friends from Newfoundland."

Who will play which of the four positions and alternate has yet to be determined, although Jacques is the lone skip in the group.

Canadian men have won three straight gold at the world juniors and 21 all-time in the history of the tournament.

On the women's side, Canada claimed two of the last three gold for a total of 13.

Choosing a women's team for Beijing was more straightforward.

Papley is ineligible to curl in Beijing next year, so Brianna Cullen of Beausejour, Man., will replace her. Cullen will curl for the University of Alberta next season and thus be able to train with her teammates.

Marks has previous world junior experience playing third for Selena Sturmay in a silver-medal effort in 2019.

"It's such an amazing opportunity to represent Canada and wear that Maple Leaf again," Marks said. "The fact we get to play in an Olympic venue is so cool."

Both the men's and women's teams will have training camps on arena ice at November's Canada Cup in Fredericton.

The men, unfamiliar with each other, will need time and games together.

"For the boys, we're going to bring them into Edmonton in the summer, (with) the two Newfoundland boys and then they're going to do some training and competition, the five of them," Radford said.

"We'll figure out what competitions work for the five guys to be together."

Instead of a matter of days between winning a Canadian title and heading to the world championship, the Jacques and Marks teams will be the first to have roughly a full year of preparation, Radford pointed out.

"That's definitely going to be valuable because we get the chance to train a whole lot over the summer," Jacques said.

"Once the ice gets back in in July and August, we'll get practice going and then the curling season starts. Every time we go out onto the ice for practice or to play a game or to go to the gym or a mental training session, it's nice to know we're building towards something."

The Canadian mixed doubles championship is among four national titles to be decided in Portage la Prairie, Man., over the next week and a half.

The winner of the 32-team event represents Canada at the world mixed doubles championship April 18-25 in Kelowna, B.C.

The national university and college championships are Wednesday to Sunday in Portage.

The 2021 Continental Cup pitting Canada against Europeans will be played Jan. 7-10 in Oakville, Ont.

Six Canadian teams will square off against a half-dozen Eurpean squads at Sixteen Mile Sports Complex over four days of team competition, skins and mixed doubles.

This year's Canadian champions Brad Gushue and Kerri Einarson have qualified to play in the Continental Cup with the remaining curlers, captains and coaches to be named later this year.