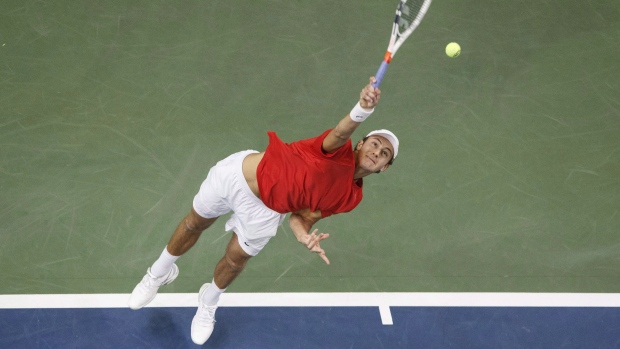 WIMBLEDON, United Kingdom — Brayden Schnur of Pickering, Ont., made the men's singles draw at Wimbledon on Saturday as the lucky loser.

Schnur will play Marcos Baghdatis of Cyprus on Tuesday in the grass-court Grand Slam after Borna Coric withdrew with an injury.

His inclusion in the tournament means that five Canadians will play in the men's singles tournament, joining Milos Raonic, Denis Shapovalov, Vasek Pospisil and Felix Auger-Aliassime.

That ties the record for most Canadians in a draw at a Grand Slam tournament, matching the 2018 U.S. Open and the 1990 Australian Open.