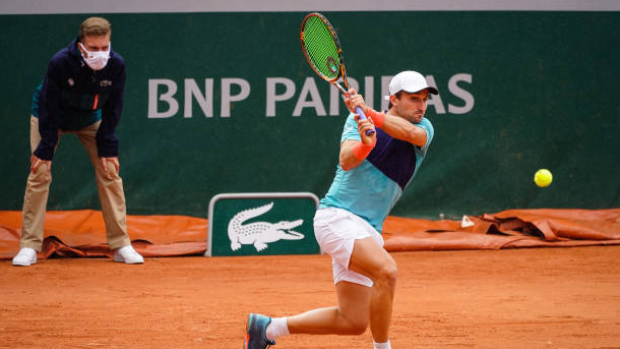 MELBOURNE, Australia — Canada's Steven Diez advanced to the second round of the Australian Open men's qualifying draw with a 6-3, 4-6, 6-4 win over Russia's Alexey Vatutin on Sunday.

Diez, from Toronto, had five aces and converted six of his 14 break point chances in a match where both players struggled to hold serve.

Vatutin was accurate on just 51 per cent of his first serves, but broke Diez four times on five chances.

Diez will next face 15th-seed Henri Laaksonen of Switzerland.

This report by The Canadian Press was first published Jan. 10, 2021.