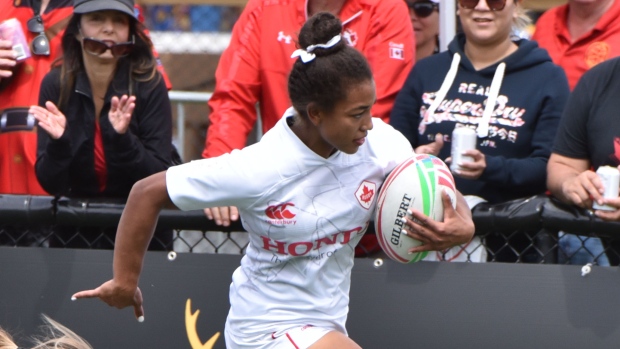 SYDNEY, Australia — Keyara Wardley scored a try in the 13th minute to secure a 20-14 win for Canada over Fiji on Saturday at the Sydney rugby sevens World Series stop.

It was the second win of the day for the Canadian women. They opened with a 33-10 victory over Brazil.

Canada's men's team began its day with a 28-19 win over Ireland before losing 28-12 to Spain. The Canadians play England on Sunday.