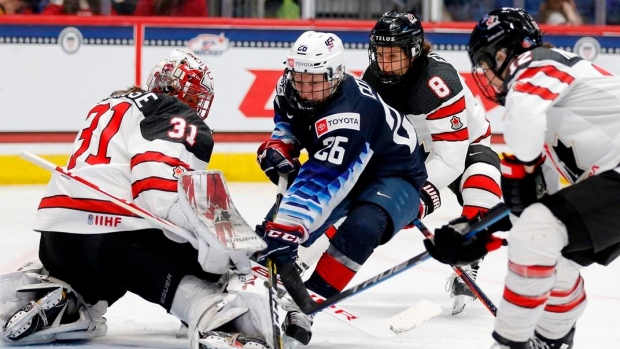 Canada has been grouped with the United States in both the men's and women's hockey tournaments at the 2022 Beijing Olympics, the IIHF announced.

The 2020 IIHF rankings, which provide the seeding for the tournaments, were finalized Friday with Canada ranking first in men's hockey and second, behind the USA, in women's. The United States ranked sixth in the men's rankings, with Russia, Finland, Sweden and the Czech Republic also ahead of them.

Canada and Team USA will be joined in a group by Germany and China at Beijing 2022 in the men's tournament. Three spots at the tournament remains available through qualification:

The women's tournament will consist of two groups, with Canada and the U.S. joined by Finland, Russia and Switzerland in Group A.