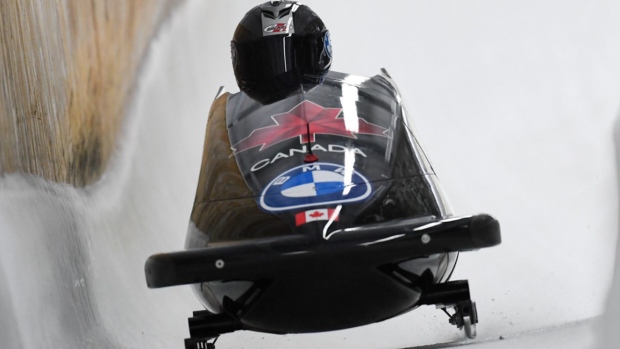 Toronto's Cynthia Appiah finished third with a two-run time of one minute 58.24 seconds in monobob while Justin Kripps of Summerland, B.C., piloted his crew to a third-place finish in 1:48.09.

“It feels great to get on the podium, especially given I crashed two out of three runs in training this week," Appiah said. "I kept everything the same today – put my trust in the coaches and mechanics – and knew all I had to focus on was putting down two solid runs and everything would be OK."

Meanwhile, Kripps and his team of Saskatoon's Ben Coakwell, Ryan Sommer of White Rock, B.C., and Cam Stones of Whitby, Ont., reached the podium after finishing second in the opening run and fifth in the final heat.

“We are really happy with the result today after a tough week of training," Kripps said. "I was struggling with how the track was shaped all week and crashed my first run down (in training) and had a few close calls.

"So I’m really proud the boys stayed positive and encouraged me."