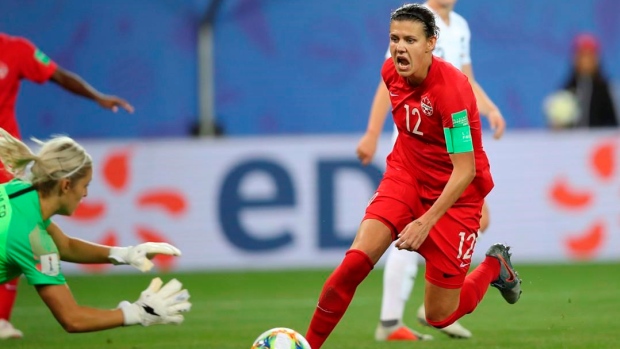 TORONTO — Canada will take part in a women's soccer invitational tournament in China next month, facing Brazil and either China or New Zealand in Yongchuan.

The matches are part of Canada's preparations for the CONCACAF Women's Olympic Qualifying Tournament in January/February 2020.

Seventh-ranked Canada will play No. 11 Brazil on Nov. 7 while No. 16 China meets No. 23 New Zealand. The two winners will then meet in the final Nov. 10 while the two losers play for third place the same day.

"The China tournament features semifinals and a final, so we will really get that tournament feeling, but we also have the opportunity to play two good matches against high-level teams," Canada coach Kenneth Heiner-Moller said in a statement.

Canada is 7-3-3 in 2019, beaten 4-0 by Japan last time out. It was the Canadian women's third straight loss, following defeats against Sweden and the Netherlands at the World Cup in France this summer.

The Canadians have beaten Brazil in their last three meetings and hold an 8-7-6 edge all-time against the South Americans.

Canada is 8-14-5 against China but has won the last seven meetings dating back to 2010.

Canada is 7-1-4 against New Zealand and is unbeaten in the 11 last meetings. The Canadians won 2-0 when they met in group play at the World Cup.

The Canadian roster will be announced later this month.