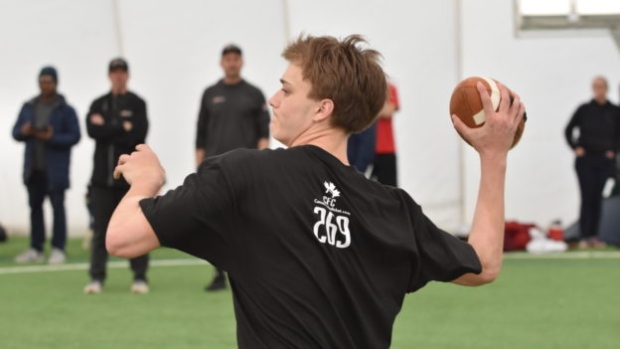 The inaugural edition of this annual event featuring 73 top high school football players from across the country takes place at Ottawa’s TD Place Stadium on Saturday, June 1 at 1pm et.

Fans can click here for ticket info to attend the CanadaFootballChat.com Prospect Game.

"CFC is committed to growing the game of football in Canada, and we created this game as a platform to celebrate the depth of elite talent we have across our country," said Lee Barette, CEO of the CanadaFootballChat.com Prospect Game and president of CanadaFootballChat.com. "We are pleased to partner with TSN on this new initiative and look forward to showcasing the most exciting young players that Canada has to offer."

"As Canada’s home of football, we’re very excited to partner with CFC on this new showcase game," said Paul Graham, Vice-President and Executive Producer, Live Events, TSN. "This game will introduce a national audience to a group of homegrown young players who could soon be starring in TSN’s exclusive live coverage of the CFL."

The 73 players comprising the game’s final rosters were announced during Thursday night's coverage of the CFL Draft on TSN:

The 73 participating athletes were chosen by a 33-person selection committee after an eight-city tryout and identification process led by Clint Uttley, Operations Director and Selection Committee Chair of the CanadaFootballChat.com Prospect Game. The committee is comprised of a cross-section of Canadian football stakeholders, including former NFL and CFL players and coaches, community and high school coaches, and scouts from across the country. The full list of selection committee members is available on the game’s official website