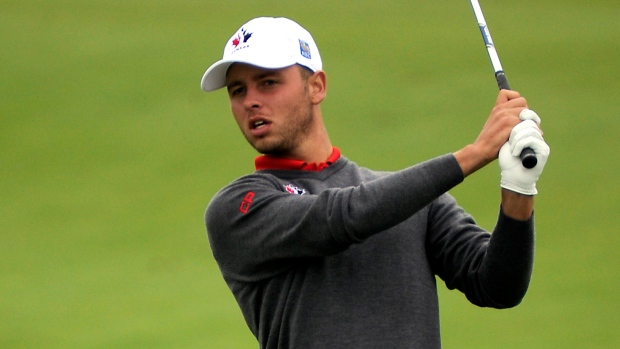 GLENVIEW, Ill. — Canada's Adam Svensson is third heading into the final round of the Korn Ferry Tour's Evans Scholars Invitational.

Svensson, from Surrey, B.C., is five shots back of the lead at 9 under after shooting 1-under 70 in the third round on Saturday.

American Cameron Young leads at 14 under, while Nick Hardy of the U.S. is second at 10 under.

Taylor Pendrith of Richmond Hill, Ont., is tied for eighth at 5 under, Ben Silverman of Thornhill, Ont., is in a share of 21st at 2 under, while Stuart Macdonald of Vancouver sits at 1 under.

Svensson is trying to return to the PGA Tour after losing his card following the 2019 season.

The Canadian is 18th in the Korn Ferry Tour standings. The top 25 at season's end earn PGA Tour cards.

Pendrith, in fifth, has already locked up a PGA Tour card.

This report by The Canadian Press was first published May 29, 2021.