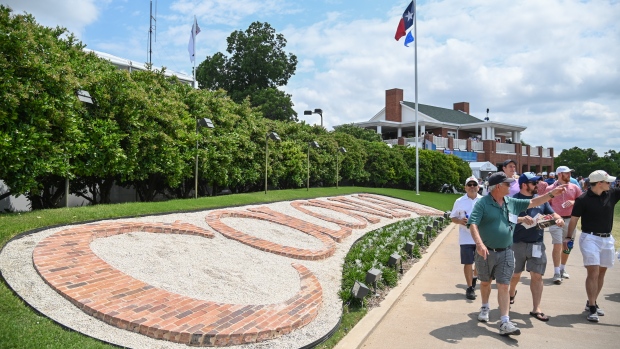 As tournament director of the Charles Schwab Challenge, Michael Tothe has been busy rewriting the game plan for what will be the PGA Tour’s first tournament back since play was halted on March 12 after the first round of the Players Championship. The event will be unlike anything in the event’s 72-year history.

With just two weeks until the first round tees off, it might be surprising that one thing Tothe and his team haven’t settled on is what the trophy presentation will look like.

“We haven’t addressed that,” admitted Tothe, who hails from Georgetown, Ont. “There probably has to be something but whatever we do, it will be different.”

Figuring out how to hand out the hardware when there will be almost no one around to see it will be a relatively easy task. But just about everything else is on a steep learning curve for this year’s event at the historic Colonial Country Club. The list of protocols that need to be in place due to the pandemic is lengthy. As well, being the first tournament back means the eyes of golf world and beyond will be focused on just how things play out.

Still, Tothe, who worked for Golf Canada for four years starting in 1999 and has looked after the Texas tournament since 2012, and his team didn’t hesitate when the PGA Tour asked if they would change dates and be the first tournament on the new calendar.

“When the PGA Tour called, we weren’t sure what the tournament would look like. They just said here are the dates and can you move,” said Tothe, who recognized the new spot on the calendar was previously occupied by the since-cancelled RBC Canadian Open.

“With every conversation things evolved, and we found out there would be fewer and fewer things we used to have. That meant no fans, no pro-ams and fewer volunteers. It was really different from what we were used to. But we realized pretty quickly the best thing for us to was to have a tournament. It was important for us to step up. We didn’t hesitate at all.”

Most of the planning has involved ensuring the safety of the players and everyone else connected to the event. That meant figuring out how the tournament would operate every day, every hour, every minute. It’s been a long and involved process, and Tothe said he continues to have daily hour-long conversations with the tour as things change and progress.

There will be plenty of testing, for not only players and caddies, but everyone involved in the tournament. Regular saliva or nasal tests, as well as daily screening, will be enforced. The entire operation will also be based on trying to keep all who will play a role inside a figurative bubble.

One of the biggest tasks was organizing the number of volunteers. Typically the Charles Schwab Challenge uses 1,600 who come from 10 different states and five different countries, including Canada. This year that number will shrink to 300.

With 1,200 already signed up when the PGA Tour paused its schedule, it meant culling the group and telling some longtime volunteers they wouldn’t be needed this year.

“I’m sure there were some hard feelings, but I think everyone realized we were erring on the side of caution,” Tothe said.

Other drastic alterations came with the tournament’s marketing campaigns, including social media outreach. In past years, it was aimed at trying to encourage people in Fort Worth, Texas to come and be one of the 120,000 fans who experience the event. This year, they will encourage fans to send in pictures of themselves watching the tournament on television to be shared over platforms such as Instagram.

“I won’t say everything we’ve had to do is fun” stated Tothe, “but it’s certainly been educational. It’s been an interesting and wild ride.”

Tothe said his event is liaising with others that will follow on the schedule. The next three stops, the RBC Heritage, the Travelers Championship and the Rocket Mortgage Classic, will operate under the same stipulations with no fans or pro-ams. Organizers are sharing as much information as possible to ensure consistency and safety.

The positive side to the story might be that the field for the Charles Schwab Challenge is as deep as it’s been in a long time. That’s saying a lot for an event first held in 1946 with a winner’s list that includes Ben Hogan, Sam Snead, Arnold Palmer and Jack Nicklaus.

And no player in the field should worry. By the time the final Sunday rolls around, Tothe and his team will have the trophy presentation figured out.