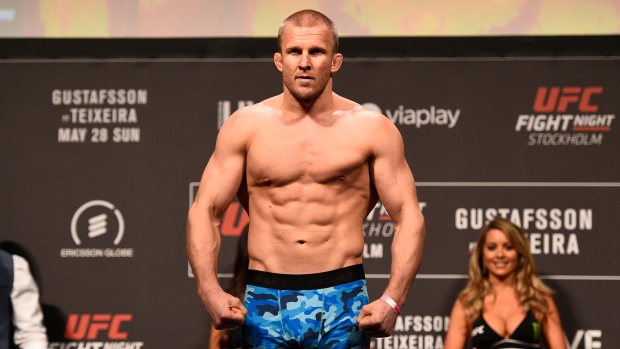 Canadian Misha Cirkunov is set to compete in the UFC octagon for the first time in 2018, and the 10th ranked light heavyweight will get to do it on home soil.

The UFC confirmed to TSN that Cirkunov will face 13th ranked Patrick “Durkin” Cummins at UFC Fight Night in Moncton on Saturday, Oct. 27 at the Moncton Events Centre, which opens later this year.

Cirkunov was inching his way towards a title shot before losing two fights in a row ­– first to Volkan Oezdemir in May of 2017, followed by a loss to Glover Teixeira last December.

Cirkunov was born in Latvia, but has lived in Toronto for most of his life and predominantly trained at the Xtreme Couture gym in the city. Following his loss to Teixeira, some had questioned whether Cirkunov was able to improve enough with the limited selection of experienced training partners in Toronto.

Since then, Cirkunov has relocated to Las Vegas and has been working with new training partners at the Vegas-based Xtreme Couture as well as taking advantage of the state-of-the-art UFC Performance Institute.

In addition to the matchup between Cirkunov and Cummins, the UFC also confirmed a lightweight bout between Thibault Gouti and Nasrat Haqparast, as well as a light heavyweight matchup between Gian Villante and Ed Herman.

Haqparast is coming off of a statement win by unanimous decision over Marc Diakiese. Haqparast trains in Montreal at Tri-Star Gym under famed trainer Firas Zahabi, who is best known for training former welterweight and middleweight champion Georges St-Pierre.

Gouti recently lost to Sage Northcutt in a closely contested fight and fell to 1-4 in the UFC.

Villante and Herman have both had recent rough patches, as both are 1-3 in their last four and are hoping for bounce-back performances.

Aside from a single fight under the StrikeForce banner where he was on loan from the UFC, Herman has fought for the UFC since June of 2006 and this bout against Villante will be his 21st with the organization. He holds a 10-9-1 record in the UFC, while Villante holds a 6-7 UFC record.

Bhullar and Golm recently suffered their first career losses when Bhullar was submitted by Adam Wieczorek and Golm lost by decision to Timothy Johnson.

Bhullar, based in Richmond, B.C., was a member of the Canadian Olympic wrestling team and was a freestyle wrestling gold medalist at the 2010 Commonwealth Games. He splits his time between Richmond and the American Kickboxing Academy in San Jose, the gym where light heavyweight and heavyweight champion Daniel Cormier trains.

Bhullar is also the first UFC fighter of Sikh descent and wore a turban to the octagon prior to his fight with Wieczorek earlier this year.

Tickets to the event are available via Ticketmaster at 10 a.m. ADT on Sept. 12 for UFC Fight Club members, Sept. 13 for UFC Newsletter subscribers and Sept. 14 to the general public.