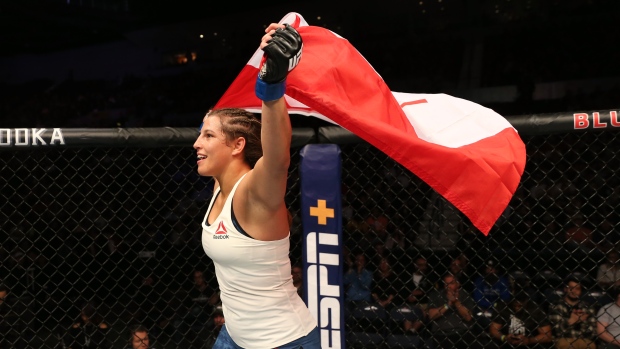 TORONTO — Canadian Felicia (Feenom) Spencer looks to bounce back from a July loss to former UFC featherweight champion Cris Cyborg when she takes on France's Zarah (Infinite) Fairn on Feb. 29 in a televised UFC card in Norfolk, Va.

Spencer, 29, lost a unanimous decision to Cyborg at UFC 240 in Edmonton. Cyborg has since moved to the Bellator promotion and will take on Canadian featherweight champion Julia (The Jewel) Budd in January.

Spencer (7-1-0) is 1-1 since joining the UFC. The Montreal native, who trains in Orlando, Fla., won her debut in May when she choked out Australian Megan Anderson in Rochester, N.Y., in a matchup of former Invicta FC featherweight champions.

This report by The Canadian Press was first published Dec. 18, 2019.