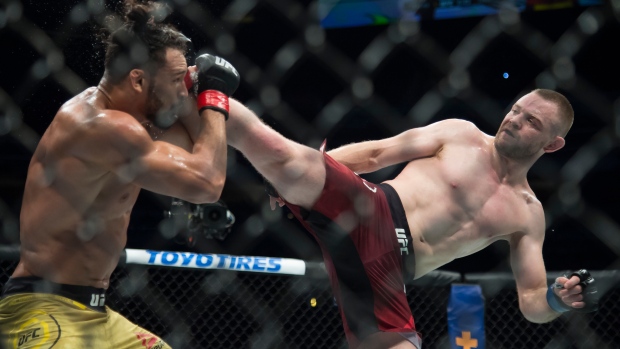 The 35-year-old from Victoria is coming off an upset win in his UFC debut in September 2019 in his adopted home of Vancouver, via unanimous decision over Brazilian welterweight Michel (Demolidor) Pereira on just five days notice.

Connelly's return to action was slowed by neck surgery to repair lingering damage from a car accident in January 2019.

Usman won by unanimous decision when the two met at UFC 251 last July in Abu Dhabi.

There are two other title fights on the UFC 261 card.

This report by The Canadian Press was first published April 5, 2021