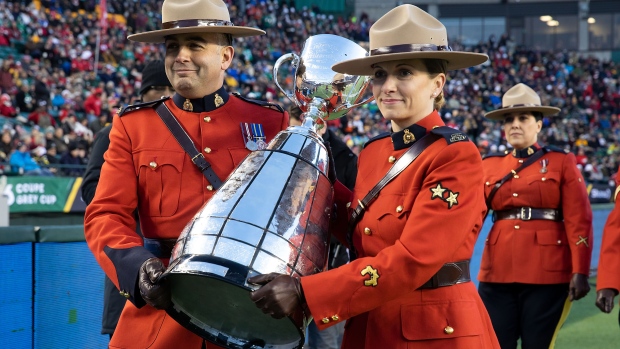 Concrete plans for the start of the 2021 Canadian Football League season could be at hand.

TSN Football Insider Dave Naylor reports the league's board of governors have set a June 14 call where they are expected to vote on a proposed season start date of August 5.

The @CFL has scheduled a board of governors call for Monday, June 14th, during which its expected there will be a vote on the proposed Aug 5th start to the 2021 season. If approved, schedule release would come immediately afterward. #CFL

Should the date be approved, a schedule release would come immediately afterwards.

The league announced plans for a shortened season in April. Teams would play 14 games instead of 18 with the Grey Cup, originally scheduled for Nov. 21, now set to be played on Dec. 12 in Hamilton.

“Aug. 5 is based on a lot of conversations with public health authorities that we would have a lot more information and will see a real decline as this third wave passes through,” commissioner Randy Ambrosie said earlier in the spring. “With more and more people getting vaccinated, there’s a lot of indication that early June will give us more information for a final decision to go."

A committee representing 7 Ontario pro teams (MLSE’s 4, Jays, Ticats, Redblacks), submitted proposal last week seeking up to 35 % of stadium capacity open for Ontario’s stage 2 reopening and up to 100 % for stage 3. Stage 2 could be early as July 2. Stage 3 as early as July 23rd.

With 21 days set to elapse between stages and Ontario sent to move into Stage 1 on Friday, Stage 2 could come as early as July 2.

The 2020 CFL season was cancelled entirely due to the ongoing COVID-19 pandemic.